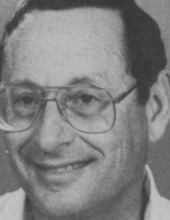 The Hebrew University at Rehovot

Dave Rosen and Paul DeBach dedicated their 1979 book, Species of Aphytis of the World, to P.H. Timberlake. The final line in the dedication reads, "He is an inspiration to all who know him, and his dedication emphasizes the fascination of systematics that grips many of us". These heartfelt words of praise are a fitting epitaph for Dave; he was inspired by those he admired, he emulated their ideals and, through his knowledge, thoughtfulness and dedication, became an inspiration to the many he touched through his colleagueship, his lectures, his written works and his friendships.

Dave Rosen and Paul DeBach were my mentors and best friends since we began working together at U.C. Riverside in 1968. As we were first of all friends, I must begin this short memorium with a few personal remarks. The sense of loss that accompanies the death of a friend with whom you have shared most of your personal and professional life is profound. When Dave and I last shared time and a drink in his new home in Rehovot, Israel, we talked about our grief following the death of Paul DeBach in 1992; and how we both so wanted to continue to contribute to biological control in ways that would honor our friend and mentor. We then made our plans to work together during Dave's sabbatical the following year in Montana. That year has come and gone, but the loss of Dave will go forever on.

Dave was a student at the Hebrew University of Jerusalem and studied under the late Professor Z. Avidov (MSc., 1959) and the late Israel Cohen (PhD., 1966); his PhD studies concerned the natural enemies of scale insects on citrus. These early studies lead Dave to his life's work; systematics and biological control. In 1966 Dave began post-doctoral studies with Paul DeBach at U.C. Riverside. This collaboration continued until Professor DeBach died in 1992. Together they wrote Species of Aphytis of the World (1979); for which they were awarded the first Gold Medal for outstanding contribution to biological control, presented by the Filippo Silvestri Foundation in Naples. In 1984, they published the second edition of Biological Control by Natural Enemies, which is a widely used text. In addition to the two books he wrote with Paul DeBach, Dave published 140 scientific papers, 33 book chapters and authored or edited an additional six books. And, he was finalizing the editing of another book, Readings in Biological Pest Control, at the time of his death. This work will be published by Itercept, Andover, UK.

The energy, production and hard-hitting, but eloquent perception that Dave brought to the biological control community are missed, as is the leadership that persons with such attributes provide. At the 1994 National ESA meetings in Baltimore, for example, Dave called upon the biological control community to fulfill the need to practice classical biological control; rather than theorize about possible "new" approaches. At the 1996 International Congress in China, he championed the outstanding history of applied biological control, and emphasized the need to continue to discover and implement natural enemies as the first and most effective means to develop sustainable, ecologically-based pest management systems. Dave worked with a conscious and sustained effort to do things right; right by his friends, right by his science and right by the environment.

There are innumerable stories to be told by the many of us who worked with Dave over the years; stories about exploration for natural enemies, meetings at exotic places, discoveries at the microscope and just plain good times. These cannot all be expressed here. But, a moment's reflection about Dave Rosen will bring to mind the best reasons for abiding friendships, the importance of international collaboration and the wonders of the science and practice of biological control by natural enemies.