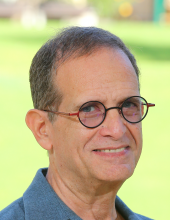 Research in our lab reflects a broad interest in various aspects of insect ecology, from behavioral to population and community ecology; from insect-plant to predator-prey and complex trophic interactions; from the scale of a single leaf to that of the landscape; and from natural to managed agricultural ecosystems. In our work we strive to combine basic ecological principles and problem-solving researchin biological control, integrated pest management, and conservation biology. We employ both theoretical approaches, such as computer simulations and basic analytical models, and experimental work in the field, greenhouse and lab. The integration of ecological and agricultural perspectives in our research enables us to test basic biological principles in simplified, more controllable crop plant systems. At the same time, ecological insights offer us the opportunity to advance biologically-based pest management approaches toward more sustainable, economically viable, and environmentally-friendly agricultural production systems. Thus, specific projects in the lab can be placed at various points along the continuum between basic ecology and applied entomology. To date, our research has focused on three related and sometime overlapping areas: omnivory, spatial dynamics of arthropods in the landscape, and applied entomology. Occasionally, however, students and post-docs conduct research in other fields. Detailed descriptions of specific projects are provided under "Lab members" and "Lab alumni".

Omnivory, feeding on both prey and plant materials (termed, true omnivory) or on prey that occupy different trophic levels (e.g., trophic omnivory, intraguild predation), is widespread in ecological systems. We investigate how availability of various foods influences the behavior (food choice and switching, reproductive biology, predator evasion and more), nutrition, demographic traits, and population dynamics of omnivores, and the structure and function of communities which include omnivorous consumers. Investigations on true omnivory look primarily at omnivorous mites, true bugs and ladybeetles. Studies on IGP occasionally involve parasitoid wasps, as well. Research at the community level is particularly pertinent to the relationship between biodiversity and ecosystem function. Communities with greater numbers of species are more likely to include consumers that compete with herbivores for shared plant resources, and predators that feed on other predators. Work in our lab and elsewhere suggests that true omnivores are more effective than predators in suppressing pest populations due to their ability to sustain themselves by feeding on pollen, and to stay in the field when prey becomes scarce. Trophic omnivores, however, may have a negative effect on biological pest control; they may release herbivore populations from natural control by preying on effective predators of pest species. The challenge is to (i) identify and avoid conditions under which true omnivores become pests and damage crops, and (ii) promote synergistic actions oftrophic omnivores and other predators, to better suppress pest populations in the field.

Spatial dynamics (movement) of consumers among patch habitats in the landscape is a central force influencing population dynamics and community structure and function. Our work in this field is aimed at (i) understanding how properties of crop and non-crop vegetation influence the activity of pests and their natural enemies, and thus the extent of crop damage and biological pest control in agricultural fields, and (ii) assessing the influence of pest and enemy spillovers from crop fields on nearby natural communities. Towards the first objective, we work to minimize adverse effects of weeds and natural vegetation that serve as sources of pest infestations for neighboring crops. At that same time, we aim to maximize the biological control services such non-crop vegetation provides for farmers. We are particularly interested in enhancing the activity of omnivorous predators and parasitoids of key agricultural pests through the supply of plant-provided resources.Such conservation of biological control should be the foundation for anymodern agricultural system. Our research on agriculture spillovers is rooted in the recognition that pests and enemies may leave agricultural fields in large numbers after harvest, and colonize nearby natural habitats. Such large spillovers can subsidize natural communities, potentially altering their structure and function. This effect may be important for conservation biology, especially in arid regions. In these areas, there is a pronounced difference between highly productive crop fields which are typically irrigated, fertilized, densely planted and enemy-enhanced, and the surrounding parched landscape characterized by sparse vegetation and low animal densities. Any large scale influx of pests and enemies between agricultural and natural habitats may increase herbivory on desert plants, availability of prey to local predators, and the intensity of antagonistic interactions between agricultural and desert-based enemies. Such effects could dramatically alter characteristics of desert communities such as species diversity, dynamics, trophic interactions, and matter and energy flow.

Applied entomology work in our lab is aimed at developing sustainable pest management systems with minimal use of pesticides that jeopardize human health and the environment. Such systems rely on cost-effective pest monitoring; scientifically-established economic thresholds; the use of pest resistant cultivars; effective pest-suppressing cultural practices; and conservation and enhancement of naturally-occurring predators, parasitoids and pathogens of key pests. Our efforts include all of these components and typically involve investigations of relationships among crop plants, pests and natural enemies, and the environmental factors influencing these relationships. To date, our applied work has addressed a variety of pests, including aphids, thrips, pestiferous mites, moth and butterfly larvae, beetles and flies; natural enemies such as parasitoid wasps and predatory mites, ladybeetles, lacewings and true bugs); and various vegetable, field and fruit crops such as cabbage, strawberries, pepper, tomato, wheat, cotton, potato, pears and olives. We have investigated topics such as the effect of nitrogen fertilization on pests and enemies, preference and performance of pests and enemies on various crop plants, colonization time of crops by pests and enemies, pest and parasitoid dispersal, distribution patterns of pests in the field, the effect of field conditions on pest populations, release rate of natural enemies in biological control programs, to name a few. As a result of our research, pesticide applications to potato, strawberry, pepper, avocado and pear crops have been drastically reduced or eliminated.