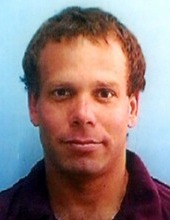 Evolution of polyphagy in the whitefly Bemisia tabaci

A small proportion of insect herbivores, including some of the world's most important agricultural are polyphagous, meaning that they are capable of feeding on a wide range of plant families. How polyphagous species cope with the diverse and unpredicted toxic defensive chemistry of their plant hosts remains largely unknown at the molecular level, but it is largely believed that polyphagous (generalist) herbivores typically possess enzyme systems capable of detoxifying a broad range of plant defensive chemicals, including novel chemistry they have never encountered, albeit not as efficiently as specialist herbivores Insect detoxification systems typically include six main enzyme families: cytochrome P450 monooxygenases (P450s or CYPs for genes), glutathione S-transferases (GSTs), carboxylesterases (COEs), UDP-glucosyltransferases (UGTs), sulfotransferases and ATP-binding cassette (ABC) transporters.

The main goal of this project is to develop an RNA interference (RNAi) technology that will allow the production of pest-resistant crops capable of protecting themselves from B. tabaci by silencing insect detoxification genes without which successful host utilization can not occur. B. tabaci is a polyphagous pest species and requires an induced detoxification system capable of degrading a broad range of plant toxins present in their hosts. Insect detoxification enzymes typically include four main super-families: cytochrome P450 monooxygenases (P450s), glutathione S-transferases (GSTs), carboxylesterases (COEs), and UDP-glycosyltransferases (UGTs).

The most novel aspect of this proposal comes from its ecological assumptions. Silencing of specific detoxification genes will significantly interfere with B. tabaci performance on plant hosts. However, it will not cause pest extinction, but more likely result in low population densities that will be successfully controlled by natural enemies. We hypothesize that this approach is more natural, preferable and sustainable to silencing the activity of pest essential house-keeping genes (that can lead to species eradication) for two reasons: (1) Essential genes are conserved in evolution and there is a high risk that non-target species will be affected. (2) Pest population eradication will have a strong impact on the biodiversity of the agroecological system and can lead to the disappearance of natural enemies and to the rise of secondary pests.

Climate change will affect the future distribution and population dynamics of herbivorous insect pests involved in the transmission of plant infectious diseases. Here, we focus on whiteflies, one of the most important groups of vectors of plant virus diseases. Our whitefly model species, B. tabaci, is the most important whitefly virus vector and can transmit over 200 species of plant viruses. One of the leading hypotheses in this project predicts that populations of our model species, B. tabaci, will thrive under global warming effects of climate change due to their short developmental times, parthenogenetic reproduction, great reproductive capacity, and ability to establish multiple generations per year.